The Value of 3D Modeling in Project Design 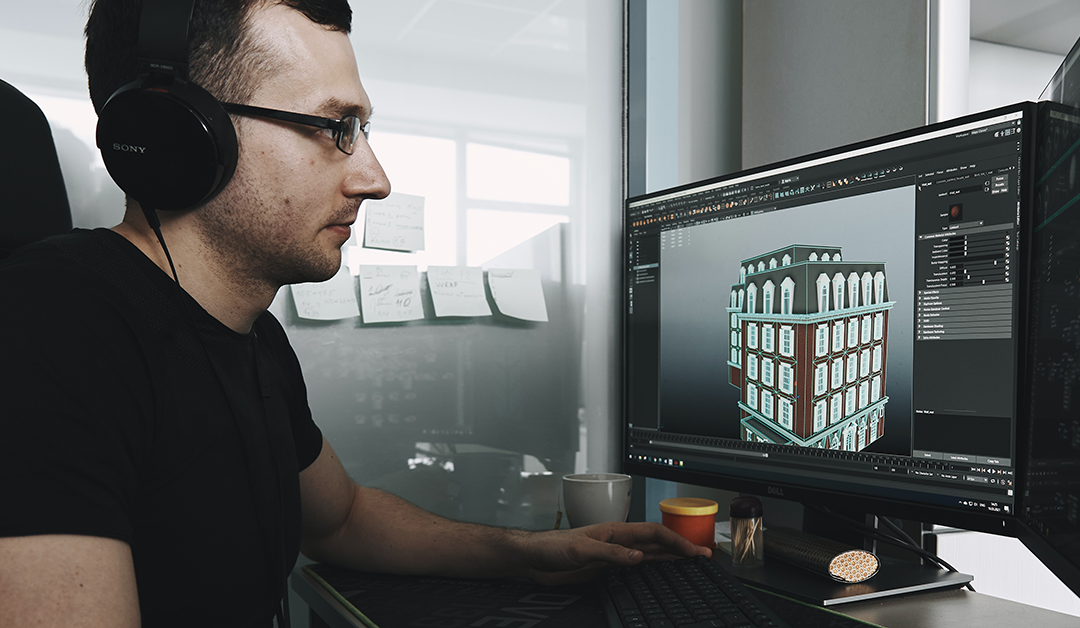 It’s no secret that the construction industry is slow to make changes.

The oldest recorded architectural drawings in history date back to about 2200 BC. Gudea, a ruler of the ancient Mesopotamian city-state of Lagash, was honored with a statue that includes the floor plan of a temple he built carved into his lap. While rarely practiced before the Renaissance Era, architectural drawings became common practice for construction projects in the following centuries. Today, architectural drafting is an integral part of any construction project. While our tools have become more sophisticated, our concepts haven’t changed much.

AutoCAD, originally released in 1982, has become the most ubiquitous computer aided design (CAD) software utilized to produce architectural drawings. When it was first released, AutoCAD would send electronic drawings directly to a large format printer. This allowed for architectural drawings to be easily replicated and delivered to relevant stakeholders. Another technology advance came in 1993, when Adobe released the Portable Document Format (PDF). This electronic file format allows for documents to be shared and opened on any computer (with the correct software installed). Implementing PDF into construction practice added computer, software, and IT costs, but offered significant savings on printing costs — this resulted in relatively quick uptake across the industry.

While more advanced tools are used to produce PDF CAD drawings, they are functionally the same as 2D construction drawings printed on paper. Contractors often hang paper on the wall to view the drawings in a vertical space, and CAD drawings are typically viewed on a vertical computer screen. Some devices, such as tablet computers, even have horizontal screens to allow for the same drawing and note-taking posture that’s been used for paper drawings for thousands of years.

Engineers and architects are continuing to develop new systems and processed to increase efficiency of design. Today, 3D CAD software such as Revit (often referred to as BIM software) is widely utilized by design professionals. BIM offers many advantages over CAD when designing a building. One key distinction between the two is that CAD is focused on producing drawings in a 2D space, BIM produces models in a 3D space. Producing a model rather than drawings has several advantages. Typically, when utilizing CAD for design, a designer must draw floor plans and sections separately. This adds time and introduces the potential for errors between different drawings. With BIM, a designer incorporates all the building’s components into a single model. That model can the be utilized to produce floor plans, sections, elevations, and any other view that might be useful for a project. Since this information is all included in one place, BIM is a powerful tool for collaboration across different professions on a given project.

While BIM is widely used in the construction industry, its uptake has been a relatively slow process. According to a McGraw-Hill Study, in 2007 BIM had been adopted in some for my 50% of contractors, 42% of engineers, and 58% of architects. By 2012, those rates had risen to 74% for contractors 67% for engineers, and 70% for architects. As of 2021, over 98% of large architecture firms had adopted BIM in some form, and over 30% of small firms use it for at least some modeling and documentation. It is thought that BIM currently has a collective adoption rate of over 80% in the United States.

While these adoption rates are relatively high, the standardization of BIM across the industry is still an ongoing process. At many firms, only a handful of designers will specialize in developing 3D models while others still primarily work with CAD drawings. Much of this divide is generational; younger design professionals were likely taught BIM while earning their degrees, while those who have been in the industry longer may not have encountered it in practice until much later in their career. Effective BIM implementation requires a relatively high amount of software knowledge, making its adoption prohibitive for some.

One of the leading challenges of effectively utilizing BIM exists in its implementation. While many firms use 3D models in some capacity, many do not get the full value that BIM provides. As we discussed in our previous blog on 3D and 5D modeling, the BIM process integrates different types of building information into a single, “living” model of the facility. However, not all end users utilize the full capabilities of a BIM model to achieve their goals. For example, many contractors primarily use 3D models to learn more about project details and identify potential conflicts. These goals can be achieved through model-review software, which allows users to review models produced through the BIM process and identify potential design conflicts. This software is a useful tool for collaboration across disciplines, but it is not an example of effective BIM integration on its own. The full-BIM process requires continuous updates to the model itself, including useful information on building operations and future maintenance that is not spatially represented in the 3D model. Much of this information is excluded when a model is only used for conflict flagging. If BIM best practices are not followed, much of this information can be lost as models are transmitted throughout the project team. While this may not cause issues for many stakeholders, various specialty trades rely on this additional information to complete their scope of work. This is only one of many potential scenarios that can arise from ineffective or incomplete BIM integration that can impact projects.

Still have questions about 3D models and BIM, or how they can contribute to project success? Reach out to JLD Cost Consulting today for more information.