The Race for the Wood Skyscraper Starts Here

Right now it’s more like 125 workers gluing boards together in Oregon. Here’s how they get to a 100-story tower of timber. 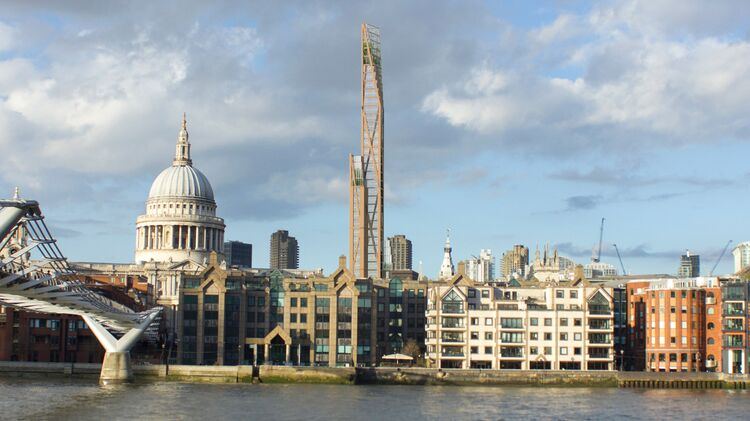